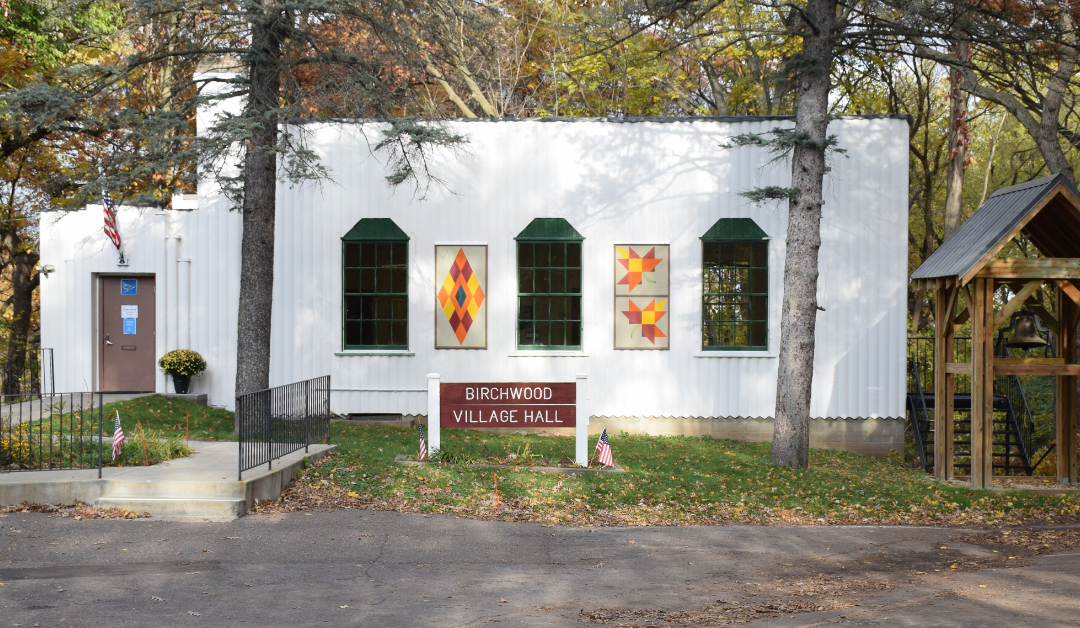 This year marks the 100th anniversary of the incorporation of the Village of Birchwood. In preparation for a centennial celebration in September, the WBLAHS has been gathering stories and images of Birchwood and its people. Several projects are in the works, including a series of interpretive signage for parks within the city that share the history of the property and the namesake for each.

Currently underway is a study of the Birchwood Village Hall. The 1970s cedar siding was recently removed to reveal the original 1930s vertical pine siding that was designed in the Moderne style by architect Magnus Jemne. A task force appointed has been working to recommend next steps to the city council.

Jemne worked locally in the office of then Minnesota architect Cass Gilbert and eventually partnered with co-worker Thomas Holyoke for five years. He is best known for the design of the Women’s City Club completed in 1931 in St Paul, Minnesota. There are few other known examples of his work that remain.

Watch for future updates on the future of the Birchwood Hall and upcoming programs and events to celebrate the centennial of Birchwood Village.