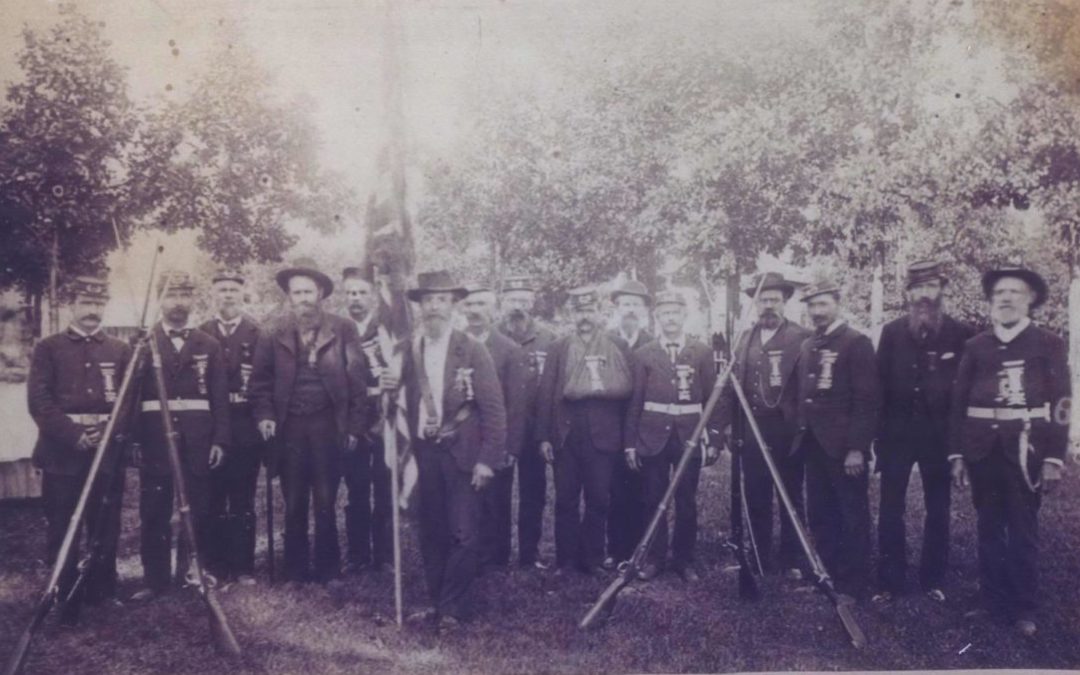 Memorial Day, or Decoration Day as it was originally called, was celebrated on May 30th of each year for more than a century. In 1971 the observed holiday was officially set as the last Monday in May. The origins of the holiday on a national scale can be complex, but the residents of White Bear have traditionally commemorated the occasion in one way or another since the late nineteenth century.

In 1912 the White Bear Soldiers’ Monument Association was formed and petitioned the Village Council of White Bear to request permission to “locate and erect a soldiers’ monument in the parkway in Clark Avenue between First and Second Streets”. Contributions from the White Bear Chapter of the Grand Army of the Republic (G. A. R.), a veterans organization organized in 1885, and private citizens made the monument a reality.

Throughout 1912 and the first portion of 1913 there was much discussion on the where along Clark Avenue the monument should be positioned. The Soldiers’ Monument Association was required by the Village Council to enlist support for the project from a majority of the property owners along Clark Avenue. This was successfully completed with the notable exception of one property owner, Mr. T. L. Bourquin, who objected to the location and recommended the monument be erected in a public park. His concern was that “by placing a Soldier’s [sic] Monument in the center of the boulevard thereby, interfering with the view of the lake from the depot and giving the large traveling public an impression of a graveyard to gaze at while waiting for their respective trains.”

At the White Bear Village Council meeting on December 3, 1912, unanimous approval was granted to place the monument at Clark Avenue between First and Second Streets. The monument was erected at that location and dedicated on May 30, 1913. During the reconstruction of Clark Avenue in 2004 the monument was moved to its current position one hundred feet to the north of its original location thus allowing it to be more visible to the public.